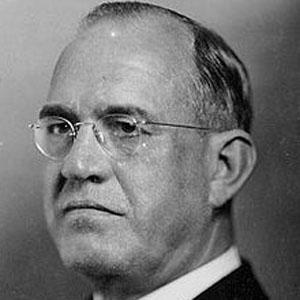 Admiral in charge of Pearl Harbor prior to the Japanese attack.

He graduated from the U.S. Naval Academy and served in the Asiatic Squadron during the Philippines Campaign. Later, he commanded a heavy cruiser during World War I.

He was transferred to Pearl Harbor in 1940. He had immediate concerns about the location, seeing it as an easy target for the Japanese.

He was born in Paris, Texas.

He expressed his concerns about Pearl Harbor to Franklin D. Roosevelt, but his worries were ignored, and he was removed from his position eleven months before the Pearl Harbor attack.

James O. Richardson Is A Member Of