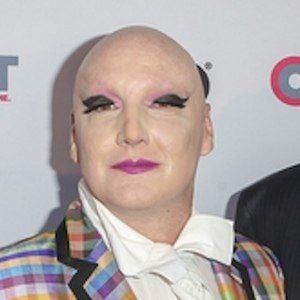 Known best for his autobiographical work Disco Bloodbath, this notorious member of the drug-heavy New York club scene of the 1980s and '90s was also the subject of a documentary film titled Party Monster: The Shockumentary.

He moved to New York City at the age of eighteen and became involved in the city's club scene at the invitation of his friend, Village Voice journalist Michael Musto. Before devoting himself entirely to a partying lifestyle, he studied theater at New York University.

Born James Clark, he grew up in Saginaw, Michigan and Fort Lauderdale, Florida.

Seth Green and Macaulay Culkin starred in a 2003 film, Party Monster, that was based on St. James' Disco Bloodbath memoir.

James St James Is A Member Of