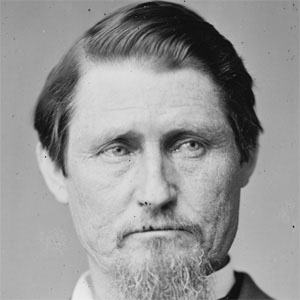 American politician who was the 12th Governor of Texas from 1866 until 1867 and served as a United States Congressman from Texas from 1875 until 1879.

He joined the 1st Texas Volunteers after the Mexican-American War in February 1847.

He served in the Confederate Army as captain of Company K, 6th Texas Cavalry Regiment until 1863.

He grew up with family in Sparta, Tennessee.

Like him, Mark White also served as Governor of Texas.

James W Throckmorton Is A Member Of