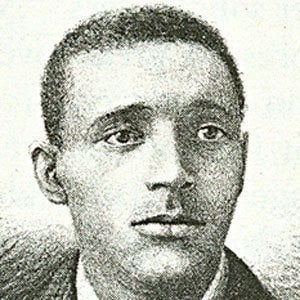 Wrote Carry Me Back to Old Virginny, In the Evening by the Moonlight, O Dem Golden Slippers, and 700 other songs.

He graduated from Howard University in 1873.

His song Carry Me Back to Old Virginny was named the official state song of Virginia in 1940, and he was posthumously inducted into the Songwriters Hall of Fame in 1970.

He had seven siblings.

He attended the same college as Phylicia Rashad.

James A. Bland Is A Member Of