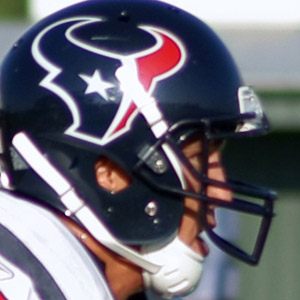 5th round pick who was a three-season tight end and fullback for the Houston Texans before signing with the Philadelphia Eagles in 2013.

He played both football and baseball at Azle High School and was drafted by the Chicago White Sox in the 2003 MLB draft.

He broke NCAA tight end records with 111 receptions and 1,329 yards his sophomore season at Rice.

He married his high school sweetheart Kyle and has two sons. He lost his mother when he was a teen.

He was teammates with quarterback Matt Schaub on the Texans from 2010 to 2012.

Jamesbyron Casey Is A Member Of