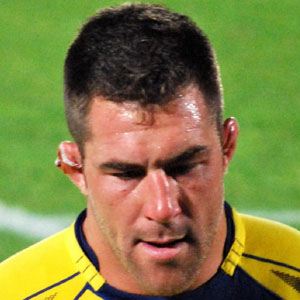 Physical and athletic rugby union lock and flanker who joined Clermont Auvergne in 2005 and debuted with the Canadian national team in 2002.

He became owner of a wine bar called Vinomania and a nightclub called The Five in Clermont-Ferrand, France.

He married Jennifer Cudmore and the couple had a daughter together named Maelle.

His brother Daniel Cudmore plays the mutant Colossus in the X-Men films.

Jamie Cudmore Is A Member Of