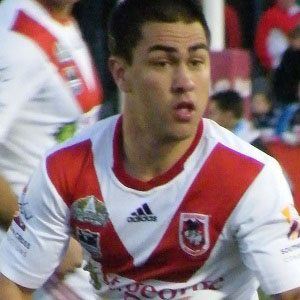 Halfback and five-eighth who won the 2010 NRL Premiership while playing for the St. George Illawarra Dragons.

He played his youth rugby for the Canberra Raiders, before making his senior debut in 2005 for the Sydney Roosters.

He was born in Wagga Wagga, New South Wales, Australia.

In 2014 he joined the Penrith Panthers where he became teammates with Peter Wallace.

Jamie Soward Is A Member Of