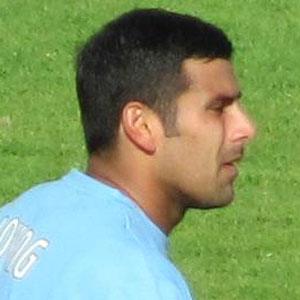 Australian-born English goalkeeper who joined Hayes & Yeading United in 2013. He began his professional career with Reading in 2003 and played for the Wycombe Wanderers from 2006 to 2010.

He was born in 1985 of Sri Lankan and Scottish descent.

He and Robert Green both played goaltender for England at the U18 level.

Jamie Young Is A Member Of