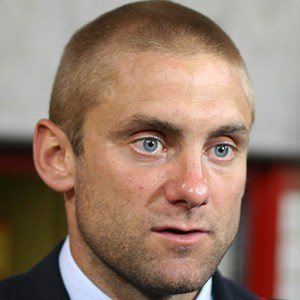 English goalkeeper who signed with the Queens Park Rangers in 2012 after 7 seasons with West Ham United F.C..

He began his youth career with Norwich City at age 12.

He became a longtime backup on England's national team, making 12 appearances on the team from 2005 to 2013.

He was born in Chertsey, England.

He joined Wayne Rooney on the English national team in 2005.

Robert Green Is A Member Of