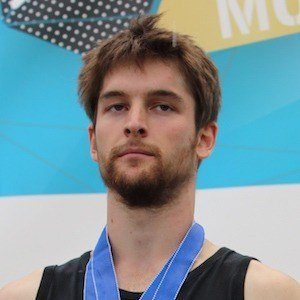 Professional rock climber who was crowned the winner of the IFSC Climbing World Cup bouldering category in 2014 and came in second the following year. He won gold at the IFSC Climbing European Championships in 2015 and 2017.

He grew up in Frenchen, Germany and began participating in youth climbing competitions at age 10.

In May 2010, he climbed Action Directe, which is considered by many to be one of the most difficult routes in the world.

He posted an Instagram photo with his mother in August 2017.

He and Adam Ondra are both IFSC Climbing World Cup champions.

Jan Hojer Is A Member Of