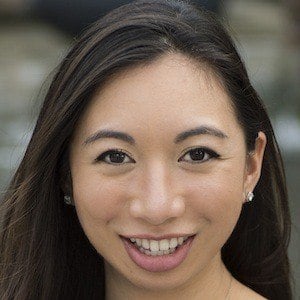 Climber and Ninja Warrior who has accumulated more than 130,000 subscribers on her NDTitanLady YouTube channel. She posts vlogs and climbing videos and is known for her American Ninja Warrior appearance.

A dedicated climber and fitness model, she began competing in American Ninja Warrior as early as 2012. Not long after she was a brand ambassador for Rise Bar and had become a Mad Rock Climbing sponsored athlete, she began appearing in issues of California Climber Magazine.

A passionate student, she graduated from the University of California, Riverside with a degree in neuroscience in 2013 and went on to become a clinical researcher for UCLA Health.

She was born and raised in Moreno Valley, California and later moved to Los Angeles.

Both she and Brian Arnold have been members of the Esquire Network series Team Ninja Warrior.

Natalie Duran Is A Member Of