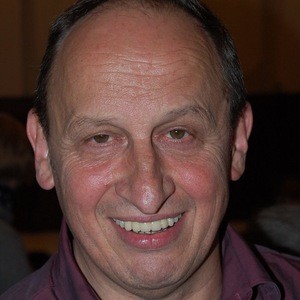 Czech actor and TV host who was a judge on Czecho Slovakia's Got Talent and has appeared on several films such as 3 Seasons in Hell, Gympl, Skřítek, and Mazaný Filip.

He made his acting debut as a child in the 1966 film Dva tygři.

He presented on the talk-show Show Jana Krause since 2010.

He grew up with four siblings, Ivan, Michael, Kateřina, and Eliška. He was married to actress Jana Krausová and had three children David, Adam, and Mark. He later married film actress Ivana Chýlková and had his fourth child Jáchym.

He interviewed singer Emma Smetana on Show Jana Krause in 2017.

Jan Kraus Is A Member Of