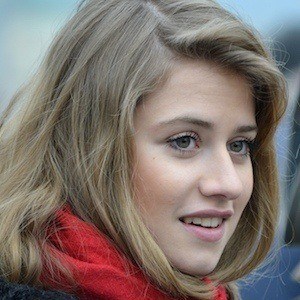 Singer and actress who released her debut album What I've Done in March 2016. She is most well known for her single "No Fire" and has 4.9 million views on YouTube.

She grew up in Prague, then moved to Paris. She later spent four years in Strasbourg.

She is fluent in French, English, German. She also speaks Spanish and some Hebrew.

Her parents are Monica Mac Donagh Pajer and George Smetana.

She appeared in the 2016 film On the Water alongside fellow actor/musician Tomas Klus.

Emma Smetana Is A Member Of