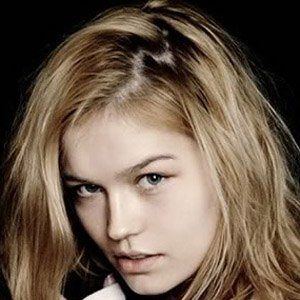 Known best as a finalist in the fifteenth cycle of America's Next Top Model, she also appeared in runway shows for the Alex London and Odilon fashion collections.

After graduating from Roland Park Country School in Maryland, she attended Princeton University.

She appeared in photo spreads for the Saks Fifth Avenue and Bloomingdales catalogues.

She grew up in Baltimore, Maryland, as the daughter of Carol and Bill Randall.

She shared a third/fourth-place finish with Kayla Ferrel in America's Next Top Model; both models lost the competition to Ann Ward.

Jane Randall Is A Member Of