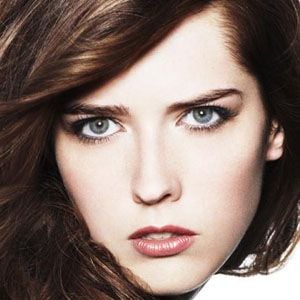 Model who won America's Next Top Model during Cycle 15 in 2010 and has appeared on the cover of Vogue and ENE magazine.

She grew up in Prosper, Texas and struggled with body image because she was 6'2".

In the magazine Vogue Italia she was featured in a seven page spread.

She and Nicole Fox have both won America's Next Top Model.

Ann Ward Is A Member Of