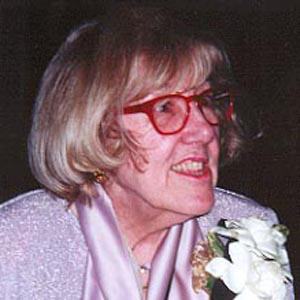 An American music writer, she had a career as a rock critic for The Plain Dealer in Cleveland, Ohio. After her death, a statue was erected in her honor at the Rock and Roll Hall of Fame and Museum.

She majored in English, Speech, and Drama at the University of Michigan.

Bruce Springsteen and The Beatles were among her favorite rock stars.

She and her brother Will were born in Cleveland, Ohio. She never married and did not have children.

She interviewed rock and roll legend Lou Reed early in his career.

Jane Scott Is A Member Of