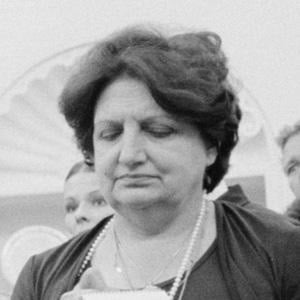 Prominent American journalist of the twentieth century. She penned a political column for Hearst Newspapers and had a six-decade career as a White House reporter for United Press International. She published a 2000 memoir entitled Front Row at the White House: My Life and Times.

In 1942, she graduated from Wayne State University with an English degree.

She was the first female member and president of the White House Correspondents' Association.

She and her eight siblings were born in Kentucky to Lebanese immigrant parents. She married Douglas B. Cornell in 1971.

She and Wolf Blitzer both had prominent careers as journalists.

Helen Thomas Is A Member Of