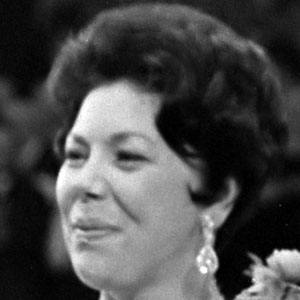 English opera singer known for her intense performances of iconic roles like that of Dido in Les Troyens. She received many of the industry's most prestigious awards, including the Gold Medal of the Royal Philharmonic Society, over the course of her legendary three decade-long career.

She worked at a bank before making her stage debut with Oxford University's Opera Club in 1956.

Following her retirement from the stage, she served as the Chancellor of the University of York from 1991 to 2004.

She married James Keith Shelley in 1957. Her older brother, Peter, died as a result of a heart condition when she was 10 years old.

She released a collaborative double album with acclaimed pianist Gerald Moore which consisted of forty-two songs.

Janet Baker Is A Member Of