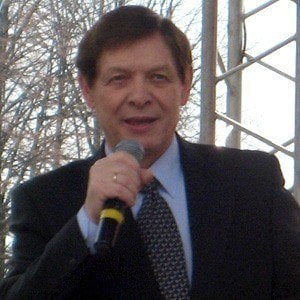 Award-winning Russian singer who gained internet fame for his rendition of "I Am Glad, 'Cause I'm Finally Returning Back Home," known as "Trololo" to internet users. He performed in many operas, such as The Marriage of Figaro.

He performed for injured Russian soldiers during World War II.

He received the People's Artist Award of the RSFSR.

He was married to Zoya Pravdina from 1958 until his death in 2012, and they had a son named Dmitri Anatolyevich Khil.

Eduard Khil Is A Member Of