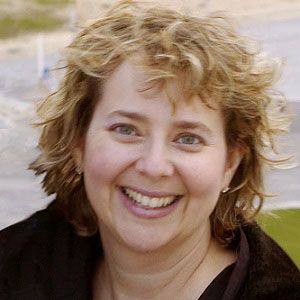 Famous for her environmentally-responsive urban aerial sculptures, she is particularly notable for her works "Every Beating Second," "Water Sky Garden," and the "1.26" series.

Her early works include the "Bellbottoms Series" (which she created in India while studying on a Fulbright Scholarship) and "Trying to Hide with Your Tail in the Air" (a 3-D sculpture mounted in Lithuania).

Her numerous honors include a 2014 Smithsonian American Ingenuity Award; a 2011-2012 Guggenheim Fellowship; and the Public Art Network's 2010 Year in Review Award.

A native of Tampa, Florida, she relocated to Cambridge, Massachusetts to attend Harvard University. Following her graduation, she lived in Indonesia, Hong Kong, India, and New York City and raised two children with her husband David Feldman.

She and fellow American artist Richard Hunt are famous for their acclaimed works of public art.

Janet Echelman Is A Member Of