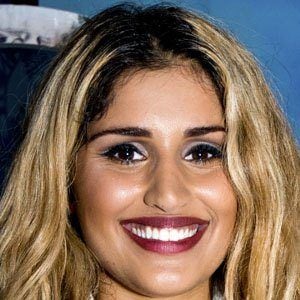 Persian singer who shot to stardom as a member of the Swedish girl group Play. After the group's breakup in 2005, she released high-charting solo singles like "Let Go" and "New Colours."

She played violin as a child and was a member of the band Walking Spanish.

She played the role of Marty in the Swedish stage production of Grease in 2010.

Both of her parents were born in Iran.

Janet Leon Is A Member Of