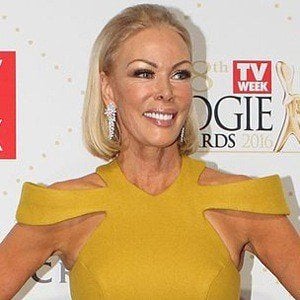 Reality TV star known for being part of the cast of The Real Housewives of Melbourne. She briefly quit the show after fighting with co-star Gamble Breaux, but returned a few days later.

She had a successful career as a property developer prior to joining the show.

She became active in charities that help burn victims after her youngest son, Jake, was burned on 70% of his body.

She has two children, Paul and Jake, as well as three stepchildren from her second marriage.

She and Gina Liano have had their fair share of confrontations with each other on the show.

Janet Roach Is A Member Of