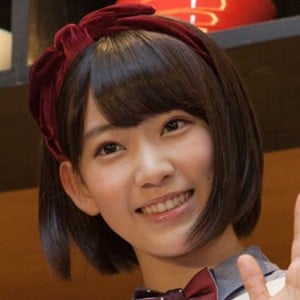 Pop star best known as a member of the Japanese girl group AKB48 as well as its sister group HKT48. She has been a member of AKB48's Drama Club and the vice-captain of HKT48's Team KIV. In 2018, she joined the girl group IZONE.

She was a child actress and joined HKT48 as a first-generation trainee in 2011.

She has appeared as herself on the teen drama series Majisuka Gakuen multiple times. On May 2022 she debuted in a new girl group called "LE SSERAFIM" along with her former IZ*ONE member Kim Chaewon.

She was born in Kagoshima, Japan. Her parents were age 20 and 23 when she was born.

She sang with Minami Takahashi on the AKB48 song "Kimi wa Melody."

Sakura Miyawaki Is A Member Of