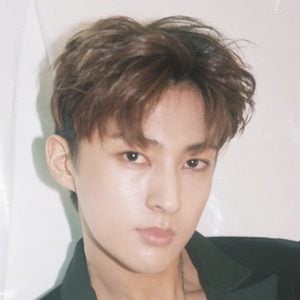 Lead vocalist and lead dancer for the K-pop boy group VAV. His stage name is ACE.

He and VAV debuted on Halloween 2015 with a mini-album called Under the Moonlight.

He is an actor in addition to music performer. He has racked up more than 360,000 followers on Instagram where is known as ace.vav.

He performs alongside Baron in VAV.

Jang Wooyoung Is A Member Of