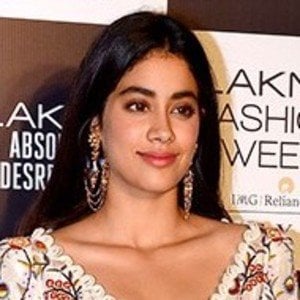 Movie actress who appeared in the 2018 film Dhadak, directed by Shashank Khaitan. She has appeared in over 5 films since 2018. She has over 16 million followers on her Instagram account.

She attended Dhirubhai Ambani International School and Lee Strasberg Theatre and Film Institute. She won an award for the Best Female Debut at the 2019 Zee Cine Awards.

She is Sridevi and Boney Kapoor's daughter.

She appeared in Dhadak with Ishaan Khattar.

Janhvi Kapoor Is A Member Of