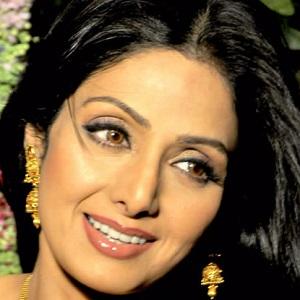 Leading Bollywood actress who earned her 9th Filmfare Best Actress Award nomination for her role in the 1997 film Judaii. In 1998, she won a Filmfare Special Award for her role in Nagina and Mr. India.

She acted in her first Tamil film at age four and won a Best Child Artist Award in 1967.

She earned her country's fourth highest civilian honor with the Padma Shri Award in 2013.

She got married to Boney Kapoor in 1996. The couple had two daughters named Janhvi and Khushi. She was previously married to Mithun Chakraborty from 1985 to 1988.

She co-starred in the musical Lamhe with Anil Kapoor in 1991.