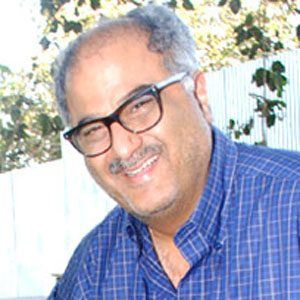 Indian film producer who has won several awards for his work including the 2009 Lifetime Achievement Award at the Cairo International Film Festival. Some of his productions include No Entry and Company.

He started his producing career working with Shakti Samanta and had one of his first producing credits in the 1980 film Hum Paanch.

He also received the Producer of the Millennium Honour at the TSR-TV9 Film Awards in 2013.

He was born to Bollywood producer Surinder Kapoor. In 1996, he married Sridevi Kapoor. He was previously married to Mona Shourie Kapoor for about 13 years. He has four children, Arjun, Janhvi, Anshula and Khushi.

He is the brother of television actor Anil Kapoor.

Boney Kapoor Is A Member Of