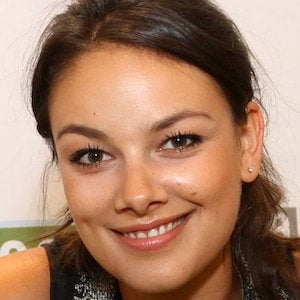 German actress best known for playing Jasmin Nowak in the soap opera Gute Zeiten, schlechte Zeiten from 2008-2017. She previously played the role of Melanie Peschke in the German TV show Der Landarzt from 2003-2008.

She started acting when she was nine and appeared on Die Kinder vom Alstertal in 1998.

She's also developed a significant following with more than 120,000 followers on her YouTube channel, Janina and U.

Her family worked with fairs and the circus, causing her to travel a lot while she was growing up.

She appeared alongside Aglaja Brix on Die Pfefferkörner.

Janina Uhse Is A Member Of