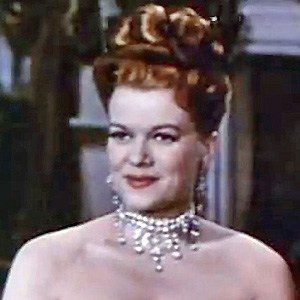 Actress who became known for her roles in such Broadway musicals as The Pajama Game and Here's Love.

She debuted on Broadway in a 1951 play called Remains to Be Seen. Some of her early films include Bathing Beauty and Hollywood Canteen.

Her film credits include roles in Two Gals and a Guy, Bachelor in Paradise, and Silk Stockings.

She married her third husband, Ray Gilbert, in 1962.

She acted alongside Doris Day in the 1960 film Please Don't Eat the Daisies.

Janis Paige Is A Member Of