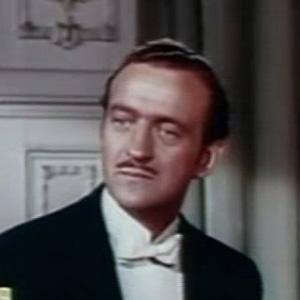 Sophisticated actor who starred in the Pink Panther detective comedy films and appeared in The Bishop's Wife. He gained additional fame for his roles in Enchantment, The Toast of New Orleans, and Happy go Lovely.

After leaving the army service, he unsuccessfully worked as a whisky salesman and a horse rodeo promoter.

He acted in the film adaptation of Around the World in 80 Days.

After a two-week romance, he married his first wife, Primula Susan Rollo, in 1940. They stayed together until her tragic death in 1946.

He starred in The Bishop's Wife with Cary Grant.

David Niven Is A Member Of