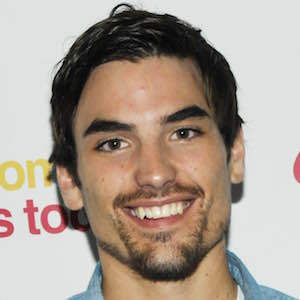 Contestant on the 11th season of The Bachelorette who had also competed on the 2nd season of the spin-off show Bachelor in Paradise.

He was working as a restaurant manager at the time that he appeared on The Bachelorette.

His reality fame made him a social media hit with more than 700,000 Instagram followers and over 140,000 followers on Twitter.

He and Ashley Iaconetti were romantically involved on Bachelor in Paradise. They got in married in August 2019. In January 2022, the couple welcomed a son named Dawson.

He tried competing for the heart of Kaitlyn Bristowe on The Bachelorette.

Jared Haibon Is A Member Of