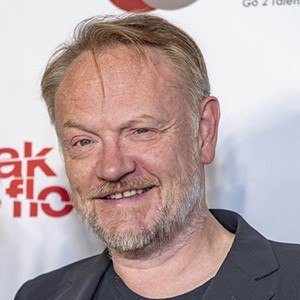 Actor best known for playing the character Lane Pryce in the acclaimed series Mad Men and for portraying Andy Warhol in I Shot Andy Warhol. He also played prominent roles in the films Sherlock Holmes: A Game of Shadows and The Poltergeist. In 2019, he'd begin starring in HBO's Chernobyl and subsequently Amazon's Carnival Row.

He appeared in The Last of the Mohicans as a British Lieutenant.

He played Ulysses S. Grant in the 2012 historical film Lincoln.

He was previously married to actress Emilia Fox. They divorced in 2010. In 2013, he married Allegra Riggio.

He was in the TV series Fringe alongside Anna Torv.