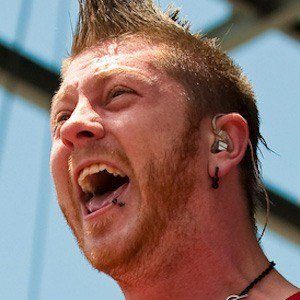 Singer known for his time with the band Saving Abel, with whom he recorded three albums as well as two EPs. He left the band at the end of 2013 to pursue a solo career.

While rehearsing at a friend's house, he met guitarist Jason Null. The two of them founded Saving Abel in 2004.

The band's name was derived from the biblical story of Cain and Abel. Weeks released his single "Love You To Death" in 2015.

He and wife Nikki Warner have two daughters.

Weeks toured with the band Hinder in 2013 after lead singer Austin Winkler checked himself into rehab.

Jared Weeks Is A Member Of