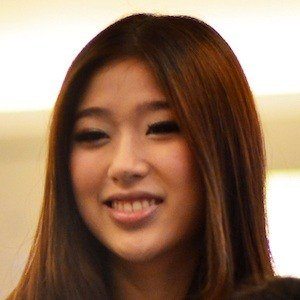 Singer nicknamed "Kaew" who rose to stardom as a member of the Thai pop trio Faye Fang Kaew, the group responsible for such hits as "Baby Boy" and "Peacock." She is also an accomplished actress who has appeared in films like Bangkok Assassins (2011).

She was a marketing student at Stampford University.

Her band won the Kazz Awards for Best Concert and Most Popular Group in 2011.

She has a sister named Janejit.

She appeared alongside Visava Thaiyanont in the action film Bangkok Assassins.