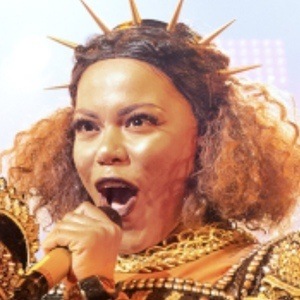 English theatre actress who made her off-Westend debut in 2019, playing Catherine of Aragon in Six the musical.

She graduated from performing arts university The Urdang Academy in 2017.

Her first professional job was as a performer on the P&O cruise ship, Azura.

She has a younger brother, Neo.

Millie O'Connell is one of her Six the Musical cast mates.

Jarneia Richard-Noel Is A Member Of