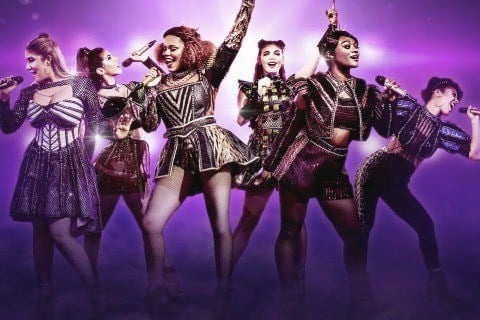 British musical and modern retelling of the lives of the six wives of Henry VIII that is presented as a pop music concert. Each of the wives take turns telling of their horrible marriage while attempting to be the group's lead singer.

The show first premiered off-Broadway at the Edinburgh Fringe in 2017. It began previews on Broadway in February of 2020. It was scheduled for its Broadway premiere on March 12, 2020, but the premiere was delayed indefinitely due to the COVID-19 pandemic.