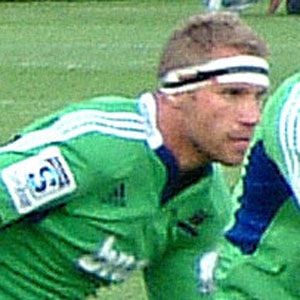 New Zealander who joined both the Highlanders and the All Blacks in 2011.

He moved up through the Canterbury system before going professional.

He was arrested for drunk driving in 2010, but still had a terrific season.

He and fellow New Zealander Chris Smylie both played for the Highlanders.

Jarrad Hoeata Is A Member Of