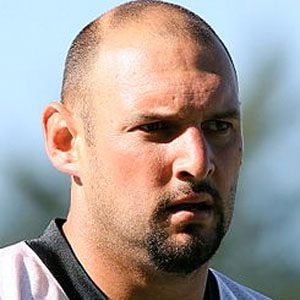 Veteran outside linebacker excelling in the 3-4 formation. He played 9 seasons as a Raven before joining the San Diego Chargers in 2012.

He ended his career at the University of Alabama with the second most tackles for a loss in school history.

He was named one of the top 10 underrated players in the NFL by Pro Football Weekly in 2009.

He lost his father, Ludwig, when was 8 years old.

He helped the Ravens secure a win for a national Monday Night Football audience by running back a Mark Sanchez fumble for a touchdown.

Jarret Johnson Is A Member Of