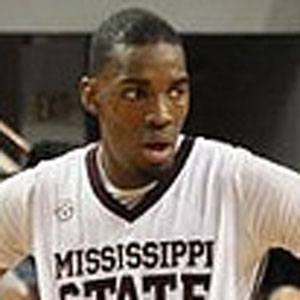 Defensive specialist at Mississippi State University who began his NBA career with the Miami Heat in 2012.

With an impressive 7'4" wingspan, he was the SEC's leading shotblocker in 2007-08, and was named the conference's Defensive Player of the Year three years straight.

He was born in Fairfax, Virginia.

Jarvis Varnado Is A Member Of