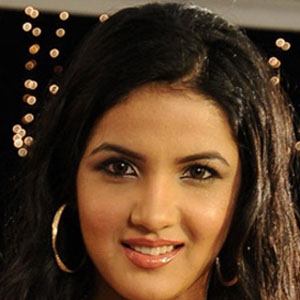 Indian film actress and model. Her Kannada, Telugu, and Tamil screen credits include roles in Vaanam and Karodpathi.

She made her on-screen debut in a 2011 movie called Vaanam.

Critics panned her performance in a 2014 film entitled Veta.

She grew up in New Delhi, India and later settled in Mumbai.

She and fellow Indian entertainer Gauhar Khan both had careers as actresses and models.

Jasmin Bhasin Is A Member Of