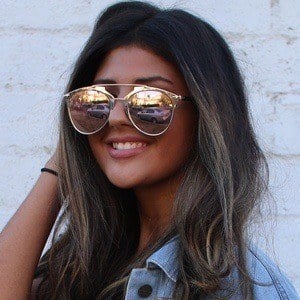 Canadian actress and dancer most known for her YouTube Channel. She focuses on makeup and fashion. Her channel has earned over 90,000 subscribers.

She acted in her first movie in 2007 and has been posting YouTube videos since she was 12.

She's said she would one day like to act alongside Chloe Grace Moretz.

She was born in Vancouver, California and started performing in dance and comedy shows at a young age.

She and Peyton List acted alongside each other in the 2013 TV Movie A Sister's Nightmare.

Jasmine Sky Sarin Is A Member Of