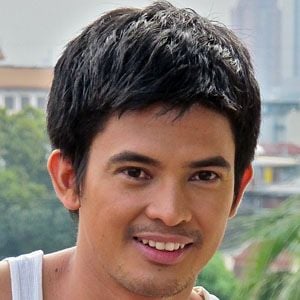 Actor from the Philippines famous for his award-winning work in films like "Endo." He has also appeared on a number of TV shows, including the drama "Moon of Desire" and the reality show "Pinoy Big Brother."

He graduated from the Nueva Ecija University of Science and Technology in 2003.

He won the Gawad Urian Award for Best Actor for his work in "Endo" in 2008.

He has dated his "Pinoy Big Brother" housemate Vickie Rushton.

He and Vhong Navarro have both appeared on the series "100 Days to Heaven."

Jason Abalos Is A Member Of