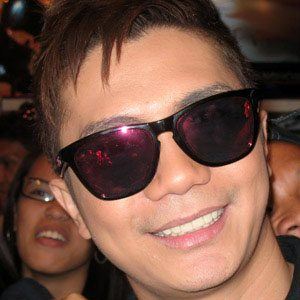 Dancer, singer, and actor/comedian who became known for his membership in Streetboys, a Filipino dance group, and for his role on TV in Toda Max.

He advertised such products as Sprite and Blu Tab in the early years of his career.

He hosted the ABS-CBN variety show It's Showtime. He starred in several TV series, like George and Cecil, 100 Days to Heaven, and Kokey @ Ako.

His marriage to Lalaine Bianca Lapus was annulled in 2008. He has two sons, Isaiah and Frederick. He later began dating Tanya Winona Bautista.

He became known as a comedian and once called himself a Filipino version of Jim Carrey.

Vhong Navarro Is A Member Of