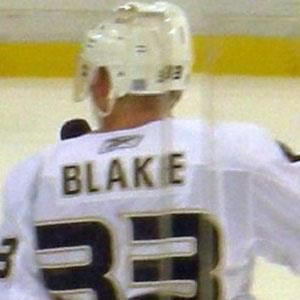 American professional ice hockey forward who played for the Anaheim Ducks in the National Hockey League. He also played for Team USA at the 2006 Winter Olympics in Turn, Italy.

He went to the University of North Dakota and was on their 1996-1997 National Championship team.

He was diagnosed with chronic myelogenous leukemia in 2007 but continued to play hockey.

He was born and raised in Moorhead, Minnesota.

He and Chris Kunitz both played for the Anaheim Ducks.

Jason Blake Is A Member Of