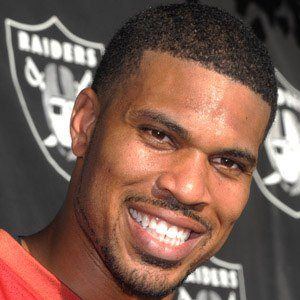 NFL quarterback who was selected in the first round of the 2005 NFL Draft by the Washington Redskins.

He spent his collegiate career at Auburn, where he was named SEC Player of the Year in 2004.

He was traded to the Oakland Raiders on April 24, 2010, and then became a backup quarterback on the Chicago Bears and Cleveland Browns.

He was engaged to Jenny Montes, but the couple called of the marriage just a few hours before the wedding was set to take place.

He was quarterback for the Redskins a few years before Robert Griffin III came along.

Jason Campbell Is A Member Of