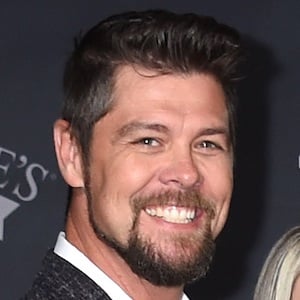 Christian singer who fronted the gospel band The Crabb Family and was voted the Favorite Male Vocalist at the Harmony Honors Awards.

He began performing with his family in 1996, at the age of nineteen.

He released his self-titled debut album in 2009; it won the Grammy Award for Best Southern/Country Album in 2010.

He had two daughters, Ashleigh and Emmaleigh, with Shellye Crabb.

He collaborated with Kari Jobe on the single "Healer."

Jason Crabb Is A Member Of