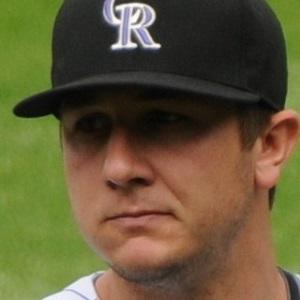 MLB shortstop who set a rookie-record with a .987 fielding percentage in 2007 with the Colorado Rockies. He helped lead the Rockies to the World Series in 2008 and in 2010, he was named to his first All-Star game. After spending about nine years in Colorado, he was traded to the Toronto Blue Jays in 2015.

He attended California State University, Long Beach where he was called the best defensive shortstop in the country by Baseball America.

He recorded the 13th unassisted triple play in MLB history in a win over the Atlanta Braves during the 2007 season.

He married high school sweetheart Danyll Gammon in 2009 and he has a son named Taz.

His style of play has often been compared to Orioles legend Cal Ripken Jr.

Troy Tulowitzki Is A Member Of