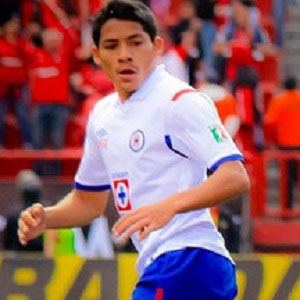 Midfielder who joined Villarreal in 2013 and became a member of the Mexican national team in 2011.

He debuted professionally for Cruz Azul in 2010.

He was born in Oaxaca de Juarez, Mexico. He began dating his girlfriend Zoe Robb in high school. He has a brother named Miguel.

He and forward Oribe Peralta became teammates on the Mexican national team.

Javier Aquino Is A Member Of