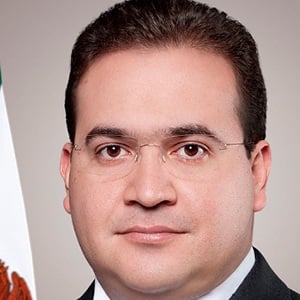 Mexican former politician who served as Governor of Veracruz from 2010-16 after receiving the most votes in the state's history. Previously, he was the Deputy of the Congress of the Union for the 16th district of Veracruz.

He was affiliated with the Institutional Revolutionary Party (PRI).

He became a fugitive after being accused of corruption but was extradited to Mexico in July 2017.

He married Karime Macías Tubilla. His children's names are Carolina, Emilio and Javier.

Samuel Garcia and Jaime Rodríguez Calderón are other well-known politicians who were born in Mexico.

Javier Duarte de Ochoa Is A Member Of