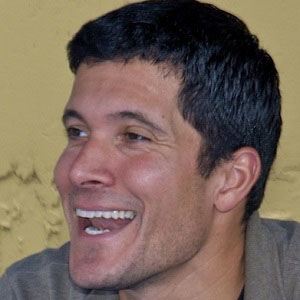 Puerto Rican pitcher who won his first World Series with the Boston Red Sox in 2007 before winning rings with the San Francisco Giants in 2010, 2012 and 2014. He is known for his sidearm delivery which makes him particularly effective against left-handed hitters.

He earned a Psychology degree from the University of Virginia.

In 2010, left-handed hitters hit just .162 against him, the lowest among lefties in the National League that season.

He married Renee Richards, with whom he has children named Kylan and Christian. His father was an FBI agent.

He won the 2007 World Series as a member of a Red Sox pitching staff that included Curt Schilling.

Javier López Is A Member Of